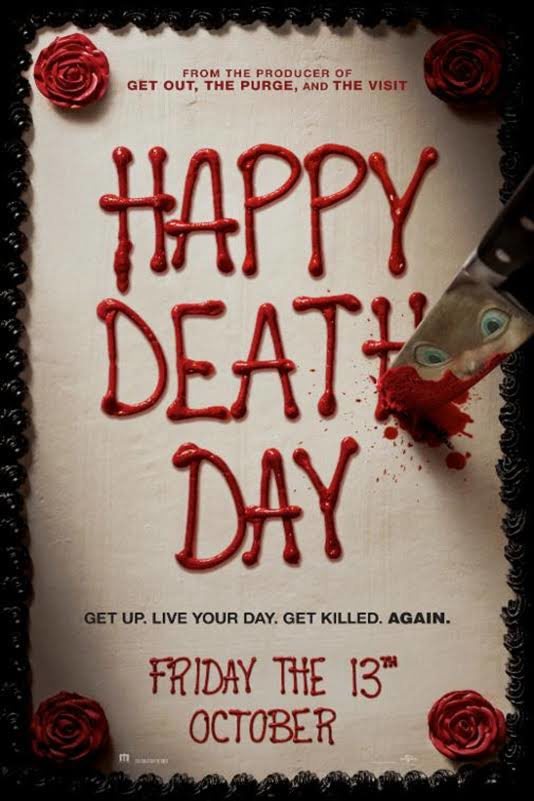 "Happy Death Day" is One Horror Flick You'll Want to Watch Over, and Over, and Over.
Photo by: Universal Pictures, via WikiCommons.

Haven't had a chance to check out "Happy Death Day" yet? There's still time! The movie was only released on Friday, October 13th, and Halloween was just a mere week ago, so there's still time to catch this terrifying horror flick this November!

The flick, which has scored a ripe 70% rating on Rotten Tomatoes puts a unique spin on the classic Horror Movie trope of "pretty girl gets murdered super violently by a mysterious and horrible killer", and it amps it up to the next level. The main character, Theresa "Tree" Gelbman is murdered on her birthday, but wakes up again and again in a "time loop" repeating the murderous encounter over and over, all while trying to take advantage of the time loop to track down her killer.

Things get a bit hairy for Theresa when she realizes that she's getting weaker and weaker with each loop, since the wounds inflicted on her during each murderous cycle seem to prevail, despite the rest of the "loop" resetting. Theresa seeks out the help of her friend Carter, who eggs her on to use the loop to figure out who her killer is, and offers general support throughout, after she "proves" she is in a loop by predicting all sorts of small and strange things that will happen "in the future", proving she's already experienced them.

Similar to the movie "Groundhog Day", Theresa tries to "right the wrongs" she committed in previous loops, which inevitably leads to her learning the real killer, so she can protect herself, and break the cycle.

Will Theresa ever figure out who her killer is? Is the killer who you tought it would be at the beginning? We won't spoil the ending for you, but we'd definitely say this quirky horror movie is worth checking out. Despite the fact that the day is repeated throughout the movie, the movie somehow, doesn't feel repetitive at all.