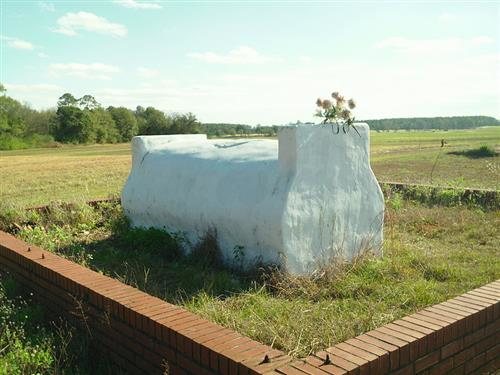 William "Grancer" Harrison was born in South Carolina in 1789, and established a large plantation near Cripple Creek and Pea River near what is now Kinston, Alabama around 1830. A successful cotton planter, Grancer is said to have built a large hall so that he could host weekly parties, at which he loved to dance around wearing a special pair of clogs. As Harrison grew older he decided that he wished to be buried wearing his dancing clothes and clogs, lying on his feather bed, so he made arrangements for an above-ground tomb to be constructed to accommodate the mattress and upon his death his wishes were executed. After he passed the weekly parties began to dwindle and eventually vanished, but locals say they can still hear an eerie fiddle playing and someone dancing when they pass by the cemetery late at night. Some have also heard a deep voice calling out square dances.