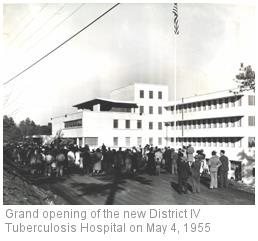 Mountain View is a private inpatient psychiatric facility in Gadsden serving both children and adults. Though it is not the sort of creepy, abandoned facility normally associated with haunted mental hospital legends, there are still rumors of unusual activity within Mountain View. Some visitors have reported hearing strange noises, and others have seen shadowy masses.