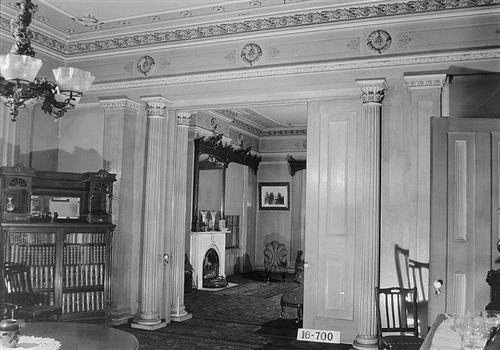 Built between 1852 and 1856, Sturdivant Hall was originally a mansion built for Colonel Edward T. Watts, who lived there with his family until 1864 when they moved to Texas and sold their Alabama home to a banker named John McGee Parkman. Parkman later became president of the First National Bank of Selma and engaged in cotton speculation, which resulted in massive losses for the bank. Control over the bank was taken by the military governor of Alabama and Parkman was arrested; he tried to escape prison with the aid of several friends in May of 1867, but was killed in the attempt.

Now a historic museum maintained by the City of Selma, Sturdivant Hall is allegedly still home to John Parkman. Visitors have seen chairs rock on their own and doors open for no apparent reason. Latches on windows and doors have done and undone themselves, sometimes setting off the building's alarm at night. Phantom footsteps can sometime be heard moving about the second floor, always stopping when they come to the staircase, and at least one man reported being pushed by an unseen force while on the upper level. Two unidentified little girls have also been seen standing in the upstairs window; a passerby once saw a cloud of smoke coming from the same window, but there was no fire. Email Haunt