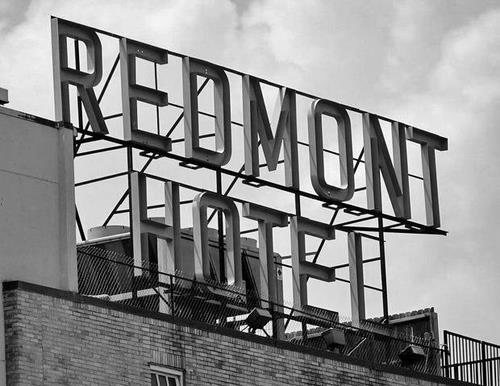 The Redmont Hotel is the oldest active hotel in Birmingham, having first opened in 1925 as a 200-room hotel with the then-unusual amenities of private baths in each room and water-cooled ceiling fans. It was purchases by hotel magnate Clifford Stiles in 1946, who a year later converted the top floor into a penthouse apartment for his family. It was later purchased by an investment group made up of NBA players during the 1980s, and in 2014 an upgrade project was initiated to turn it into an fully updated upscale hotel.

Guests at the Redmont have reported some unusual incidents, including doors that open and close themselves and furniture or baggage moving around of its own accord. A ghostly woman in white has been spotted on the ninth floor, and the apparition of a small dog is sometimes seen roaming the hallways. Mr. Stiles' spirit has also been reported to haunt the hotel and, most famously, some say that the ghost of Hank Williams has haunted the building since he died there in 1952. Email Haunt