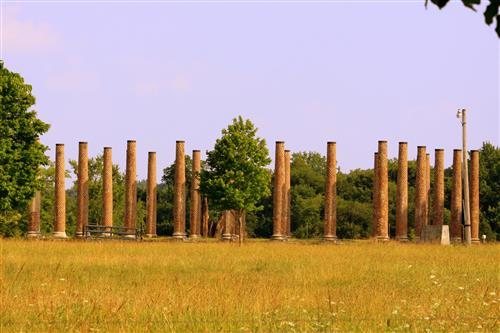 Completed in 1830, the Forks of Cypress was the main house of a cotton plantation built in Greek Revival style; it was named for its location between Big Cyprus and Little Cyprus Creeks. During the Civil War the building was used as a base camp for Union forces, and it was eventually placed on the National Register of Historic Places in 1997, despite having burned to the ground over thirty years earlier on June 6, 1966. Today the only physical remnants of the mansion are the large brick pillars and the base beneath them, but rumor has it there are otherworldly beings still lurking the grounds. Singing and other voices have been heard coming from between the pillars, and some have even seen the apparition of a woman walking the grounds.