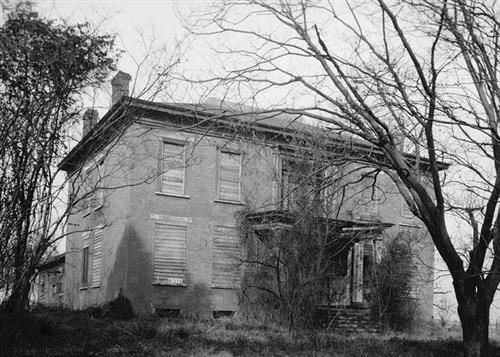 Now a part of the Deshler High School campus, construction on the William Winston Home began in 1824 and was completed in 1933. In 1874 a tornado touched down in Tuscumbia and damage the home, crushing the lady of the house, Judith Winston, beneath the resulting rubble. Her sons pulled her out, but Judith did not live long past the ordeal.

The home has since been restored and even used for events, but Judith does not seem to have ever left. One incident involved a woman setting up chairs for her daughter's wedding inside the building; the chairs suddenly began to rattle uncontrollably and the woman asked the house's curator what was happening. The curator responded that Judith was upset she had not been invited to the wedding, so the mother issued an oral invitation and the rattling ceased. Others say that Mrs. Winston causes the walls of the entry hall to weep when a storm is near, and that the ghost of William Winston can sometimes be seen walking the halls. White figures have also been reported as passing by the windows at night, after the building has closed.

Mouse over photos to see photo credits.
Nearby Real Haunts